Tree Duet pieces by four Japanese choreographers who are based in Berlin. Each pieces are collaborated with talented composers.

Piece1
“Punkt –the space that I see-”  by Aya Nakagawa
- Getting the new episode of our life
Performance: Takayoshi Tsuchida | Aya Nakagawa
Music: Maximilian Schmitt

Choreograph | Dance: AYA NAKAGAWA
Aya was born in Japan, She begun ballet training at the age of five. In 2013 she started to study classical ballet, contemporary dance and choreography at “Rambert School of Ballet and Contemporary Dance” in London. Towards the end of her graduation she also joined the cathedral tour with the Moving Vision company by Ross McKim. She worked with several choreographers, inspired of that she is also forcusing on choreography. She moved to Germany in 2017 and based in Berlin as a freelance dancer.
Instagram:@ayanakagawa.dance

In 2017, he has started to form a “NEPhRiTE Dance Company” in Niigata Japan with Aika Tsuchida. He took part in many art festivals around mainly Tokyo and Niigata as a guest choreographer.

After his experience in Japan, he came to Germany with Program of Overseas Training for Upcoming Artists sponsored. He was chosen by the Agency for Cultural Affairs, Government of Japan for two years. Currently he is working with Acker Stadt Palast, Theater Haus Berlin Mitte and Papillom tanz studio as a choreographer. As dancer he worked in Palindrome Dance Company, e.V. “1000 Things Showing” Choreograph by Robert Wechsler and worked with Taylor Drury in Berlin (2019).


“Vitals" consist of temperature, pulse, breath and blood pressure. They are essential tools for the health of our bodies. Their levels should be constantly checked.   Why should we have such a variety in checking our body?

Choreograph | Dance: KEISUKE SUGAWARA
Keisuke was born in Tokyo, Japan. He studied Dance and Performing arts under Jody Reed in Anchorage,Alaska. When he graduated from high school, he took time to travel around in Europe. Thorough the experiences of his trip, he decided to dance as a profession.When Keisuke came back to Japan, he started to focus on training Modern and Contemporary dances. Also he started his profession performance career with various dancers, choreographers, artists and directors around in Tokyo. Besides dancing in Japan, He travels to take classes, WS constantly, and performs projects in different countries. New York in 2012/14. London in 2015.


Music composition | Sound: RAFAILIA BAMPASIDOU
Rafailia is a multi-disciplinary artist (award-winning composer, creative director, producer, director and choreographer), athlete and researcher. She has completed "BMI Composing for the Screen" 2018 residency with Rick Baitz in New York. She has been the creative director and producer of many projects like international film project "FemaleFaces" and other TV shows, animation films, dance performances. She is also the choreographer of dance videos and live dance performances. She was one of the upcoming composers/choreographers at "Breaking art II" workshop for under the auspices of Athens concert hall. She is the composer and creative director for "Edges of Europe" project for Greece. She is pursuing her MA in Choreography at Codarts University/Fontys University of Arts.

Encountering to something what didn't know before.

生きる舞踊団 NEphRiTE is a contemporary dance company formed by Aika and Takayoshi in Niigata in 2017. In addition to presenting works in theater, They work with local communities and collaborate with various facilities as creating site-specific pieces. They are now based in Berlin (Since 01.2018). As freelance dancers they took part in various festivals and performances in Europe.

They won the 3rd prize at Creation section All JAPAN Contemporary Dance Competition of Japan. And they are finalist at the international choreography contest NCC in Harem and “Contact Energy’18” in Erfurt.Worked as residency artists at La camion in Lille France (2019).They organized themselves several projects that focus in collaboration and International exchanging in Berlin Germany and Niigata Japan.


KosmoSuna's music is built on a dialogue between ancestral and contemporary sounds. The animal instinct of singing is rooted into a world of machine noises that resonate like a heartbeat. In perpetual sound and musical experimentation, they evolve like a tree seeking to prolong it's vitality in an ultra connected world.

MY PLACE / MY SOUND 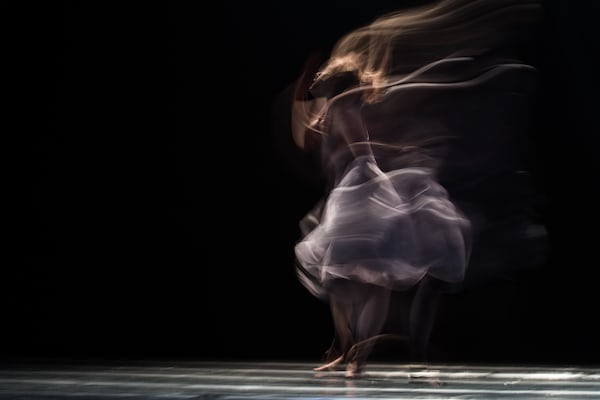